‘ACRO’ means extremity and ‘MEGALY’ means enlargement. Acromegaly is relatively a rare disorder in adults which causes hypersecretion of the anterior lobe of the pituitary hormone called the Growth hormone (somatotropin) after the ossification is complete. It causes enlargement of the extremities like hands, face, feet. It is important to differentiate this from Gigantism which is also called by excess Growth hormone which occurs mainly in children before the ossification is completed. 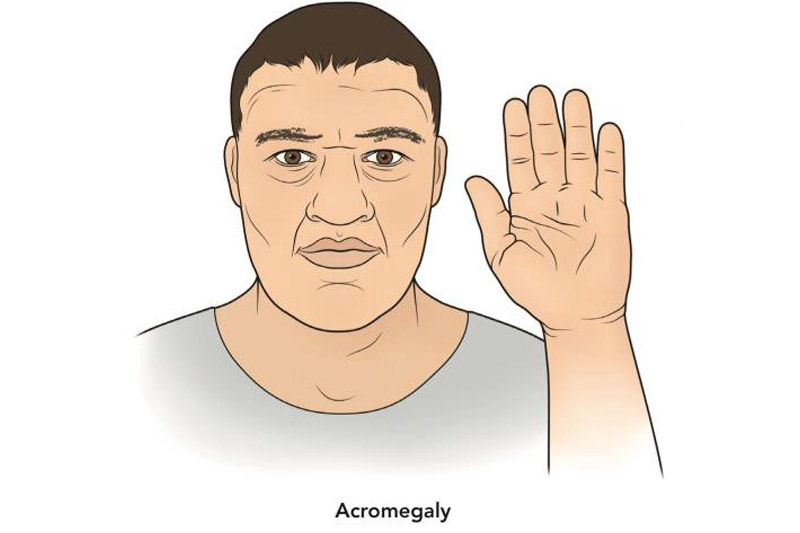 To understand the pathophysiology first let’s see how and from where growth hormone is secreted?

Hypothalamus secretes GH –Releasing Hormone (EVERY COUPLE OF HOURS). Its secretion can be increased during –

The GH-Releasing hormone then goes into the hypophyseal portal system and binds to somatotropin cells and in response, they release growth hormone.