Allergies occur when a person’s immune system reacts to allergens/substances in the environment that can be harmless and are found in dust mites, pets, pollen, insects, ticks, molds, foods, and certain medications. 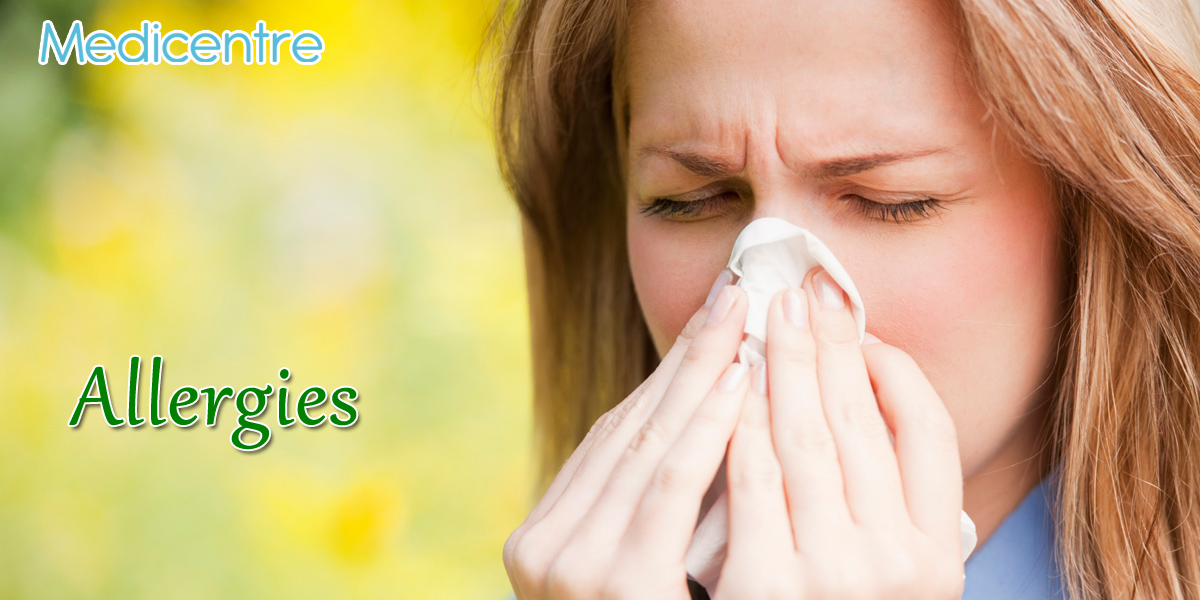 A particular antibody called immunoglobin (IgE) causes allergy. Antibodies are released to destroy foreign bodies or any harmful substance entering the body. During this process, IgE is released with the production of chemicals such as histamine which causes obstruction of the airways by tightening the muscle wall of the airways and blood vessels and causes the lining mucosa of the nose to produce mucus that causes the allergy.

Depending upon the type of the allergen and the portal entry, the type of allergy can be divided as follows: