It is a group of rare disorder where the reproductive organs and genitals do not develop as expected. They can be unclear or ambiguous. The genitals will not resemble either of a girl or a boy. It should be differentiated from transsexualism as ambiguous genitalia is caused due to hormones that change the way of fetal development. 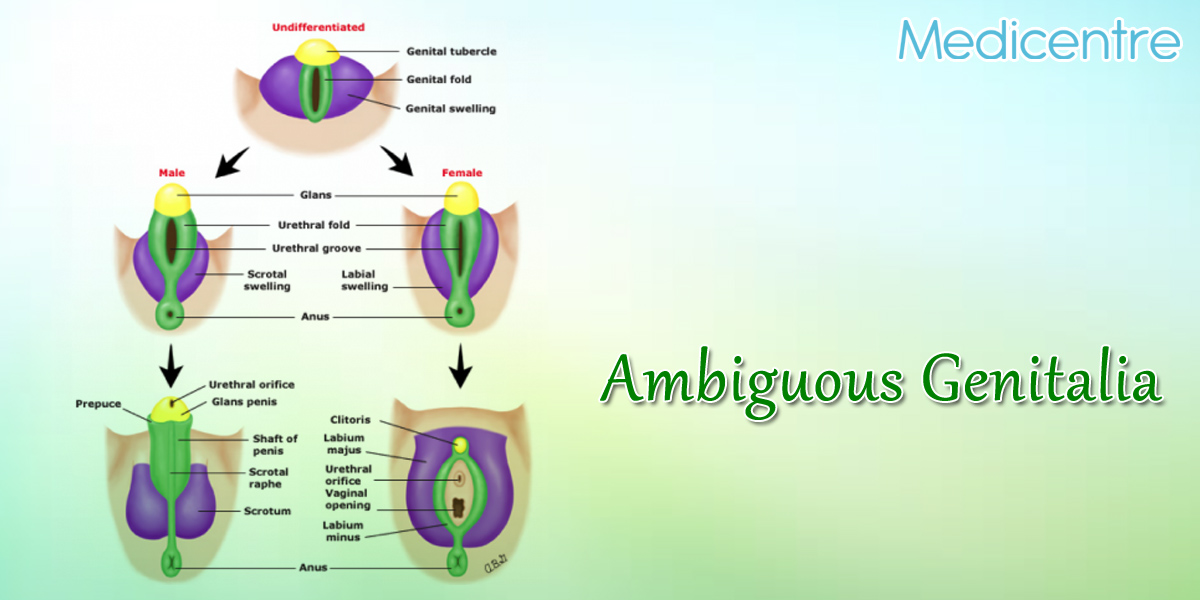 The cause is mainly the way the sex organs form in ambiguous genitalia which differs from the normal process of genital development of male and female genitalia due to the underlying cause respectively:

Cause in genetic females:

Cause in genetic females:

Babies who are genetically female (XX chromosome) may have:

Babies who are genetically male (XY chromosome) may have: