Ataxia is the condition where the person experience a lack of muscle control while walking, picking objects or during voluntary movements. Ataxia is the signs of other underlying conditions and it may impact the movements adversely. It may also make your speech, swallowing and eye movement complicated. Unremitting Ataxia may also result from cerebellum damage which is the part of your brain that controls the muscle coordination. There are many conditions which may cause Ataxia like stroke, alcohol abuse, cerebral palsy, tumour and multiple sclerosis. Because of inherited defective gene Ataxia may be caused in some patients. The treatments offered by doctors depend on the underlying cause of Ataxia. There are occupational therapies, physical therapies and speech therapies which can help improve the condition. 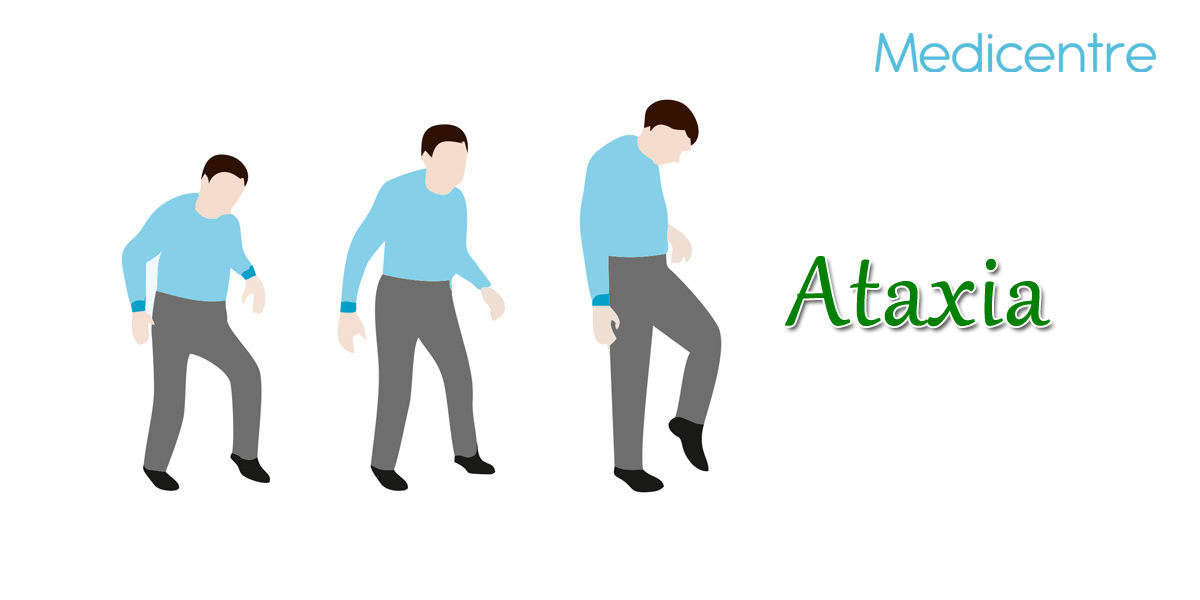 What are the Symptoms of Ataxia?

Ataxia is the conditions which have no initial symptoms as it may develop gradually. In some patients it may occur suddenly without any prior signs. Ataxia is the common sign of neurological disorder and may cause

What are the Causes of Ataxia?

When the nerve cells in brain controlling the muscle coordination get damaged or impacted, then it causes Ataxia. The cerebellum has two different small sized portions of folded tissues which are located right at the bottom of the brain close to the brainstem, of which the right portion controls coordination of right side, while the left side tissue controls the coronation of the left side of body. Disorders or medical conditions which damage the peripheral nerves and spinal cord which connect the cerebellum to muscles may also lead to Ataxia. Some of the other causes of Ataxia include:

Adults with sporadic Ataxia may not have any symptoms and no specific cause is found for such conditions.

Patients who have been diagnosed with Ataxia may undergo certain tests to find out the treatable cause of Ataxia. Apart from physical tests, some neurological tests may also be conducted including checking the concentration levels, memory, hearing, vision, coordination, balance, reflexes and more. Doctors may also prescribe other tests like

Adaptive Devices are prescribed to patients that are having Ataxia due to other conditions like cerebral palsy or multiple sclerosis and Ataxia is not treatable. Some of the adaptive devices include

Therapies are also prescribed to patients with Ataxia and this includes: