Atelectasis is the medical condition where lobe of a lung or a lung collapses partially or completely. This medical condition is caused when the small air sacs in the lungs are reduced or deflated. Post surgery most of the patients complain for Atelectasis and it is the common breathing or respiratory issue that patients may experience after their surgical procedure. It can also be a possible complication for a variety of respiratory issues like inhaled foreign objects, cystic fibrosis, fluid in the lungs, lung tumours, chest injuries and serious asthma. The number of air sacs affected varies depending upon the cause and the symptoms and risk involved also vary. It needs to be addressed timely as it minimizes the oxygen intake. The treatment procedures are available and it is administered according to the severity and cause of Atelectasis. 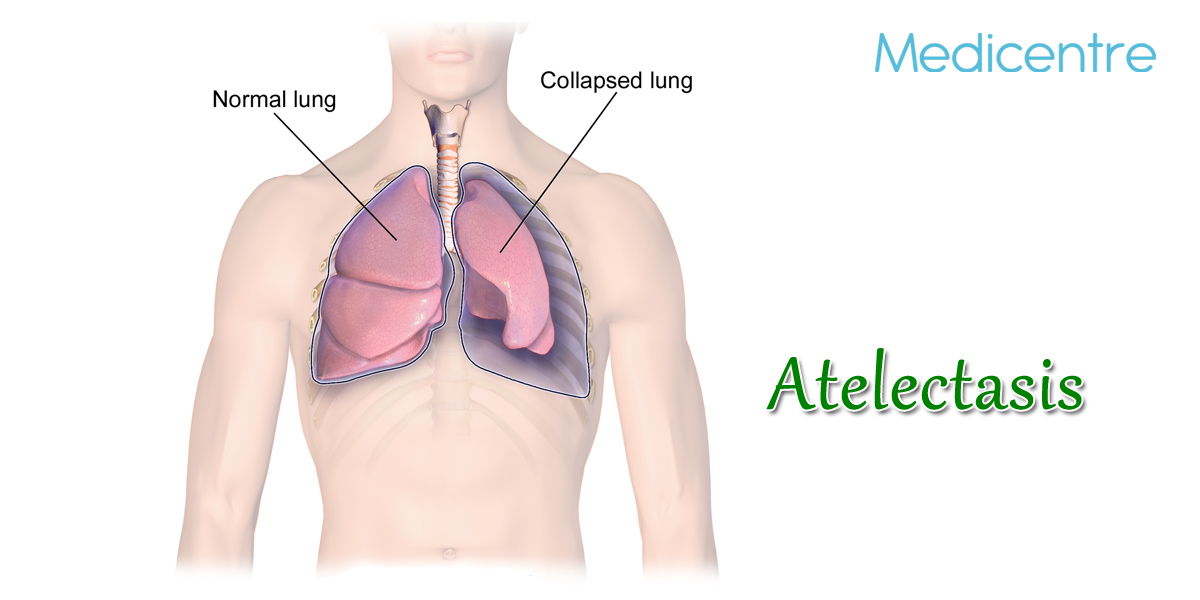 There are basically no obvious symptoms, but patients may experience one or the other symptoms of Atelectasis mentioned below and this includes:

What Are the Causes of Atelectasis?

Atelectasis may sometime results from blocked airways or pressure from outside the lungs. There are some patients who experience Atelectasis because of anaesthesia administered to them during surgery. Anaesthesia make changes in the airflow dynamics within lungs and regulates the absorption of pressures and gases and all these cause damaging effects to the air sacs in lungs. It may be caused to patients who have undergone heart bypass surgery.

Blockage in the bronchial tubes may also cause obstructive Atelectasis and the possible causes of the blockage in air passage include:

The factors which can increase the risk of developing Atelectasis are:

Complications of Atelectasis include: