Baker’s Cyst is the type of cyst filled with fluid and causes a bulge and feeling of tightness just behind your knees. It accompanies severe pain which worsen gradually when you fully flex or extend the knee or when you are active. 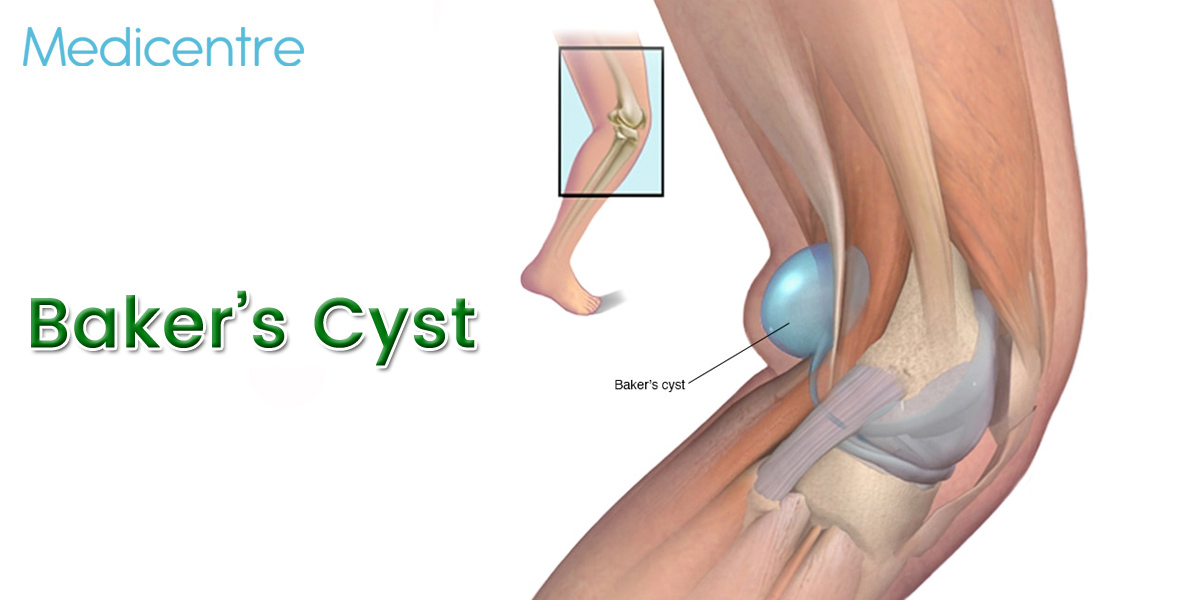 What are the Symptoms of Baker’s Cyst?

In most of the cases, Baker’s Cyst doesn’t cause any pain or tingling and it may easily go unnoticed. Some of the signs to identify the presence of Baker’s Cyst include:

What are the Causes of Baker’s Cyst?

A naturally present lubricating fluid in knee called synovial helps the legs to swing flawlessly and this eliminates the friction between the moving parts present in your knees. In some hyperactive people, this lubricating fluid is produced in excessive quantity which leads to rebuilding of fluid in the area behind your knee and this causes Baker’s Cyst. This actually happens because of:

What are the Complications of Baker’s Cyst?

In some rare cases, the Baker’s Cyst tends to burst and the excessive synovial fluid leaks and spread across your calf region and this increases the risk of developing:

These are the symptoms and signs that resemble the blood clot in vein of your legs. Redness and swelling in the calf region demand for immediate medical evaluation so as to find out the serious cause of these symptoms.

Baker’s Cyst is actually diagnosed with certain physical examinations. Since the symptoms of Baker’s Cyst resemble to those of serious conditions like tumour, blood clot and aneurysm, doctors may ask you to undergo non invasive imaging testing like:

In most of the cases, treatment is not required for Baker’s Cyst as it fade away by its own. However, when the cyst is large in size and cause severe pain, doctors may prescribe you the following treatment plans.