Because of Barrett’s Esophagus, patients may also have the increasing risk of esophageal cancer. The risk is low, but it is suggested that you must have regular checking of the precancerous cells so that early treatment can be started to prevent the cancer from developing. 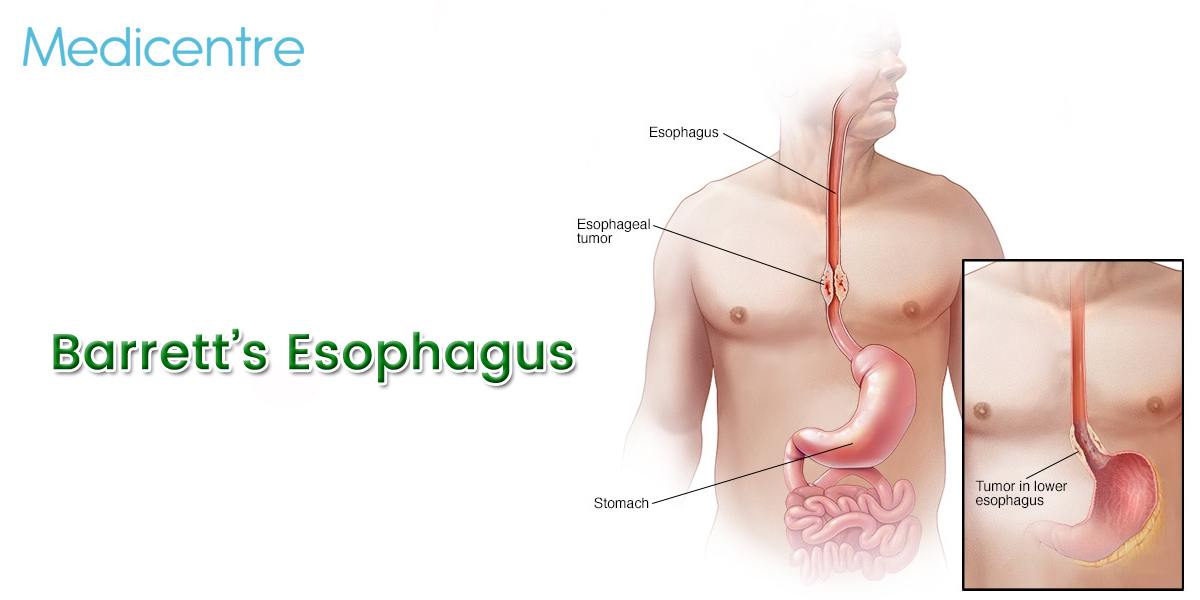 WWhat are the Symptoms of Barrett’s Esophagus?

What are the Causes of Barrett’s Esophagus?

There are certain factors which increase the risk of developing Barrett’s Esophagus and this includes:

Doctors usually recommend the patients to undergo a test called endoscopy if they suspect the presence of Barrett’s Esophagus. In the procedure, the doctors will insert a lighted tube with camera down to your throat so as to check the symptoms of changing esophagus tissues. The tissues that appears to be glossy and pale are considered normal and when it seems to be velvety or red, then it is confirmed that you are having Barrett’s Esophagus.

Small tissue sample is also extracted for biopsy where the tissue is examined to identify the degree of changes in tissues. The tissues are examined in labs and the pathologists find out the degree of dysplasia in the esophagus cells.

The treatment plan for Barrett’s Esophagus depends on the degree of dysplasia that is found in the esophagus cells and your health condition.

For no dysplasia or low grade dysplasia your doctors may prescribe with treatment plan for curing the GERD. Periodic endoscopy is also recommended so as to monitor the cells present in your esophagus. With lifestyle changes and medications the signs and symptoms can be improved. Surgery is also performed to make the sphincter tighter which controls the flow of the stomach acid.

For high grade dysplasia doctors may prescribe a variety of treatment which includes: