Old people or people who have suffered some accidents are often medically asked to limit their ability to change positions like asked to use a wheelchair or stay confined to a bed for a long time. These people are compelled to take care of their body in this way. These people are prone to a disease called bedsores.

Bedsores are also known as pressure sores or pressure ulcers. It is like an injury to the skin or the underlying tissue of the skin and it is caused due to prolonged pressure on that particular area of the skin. 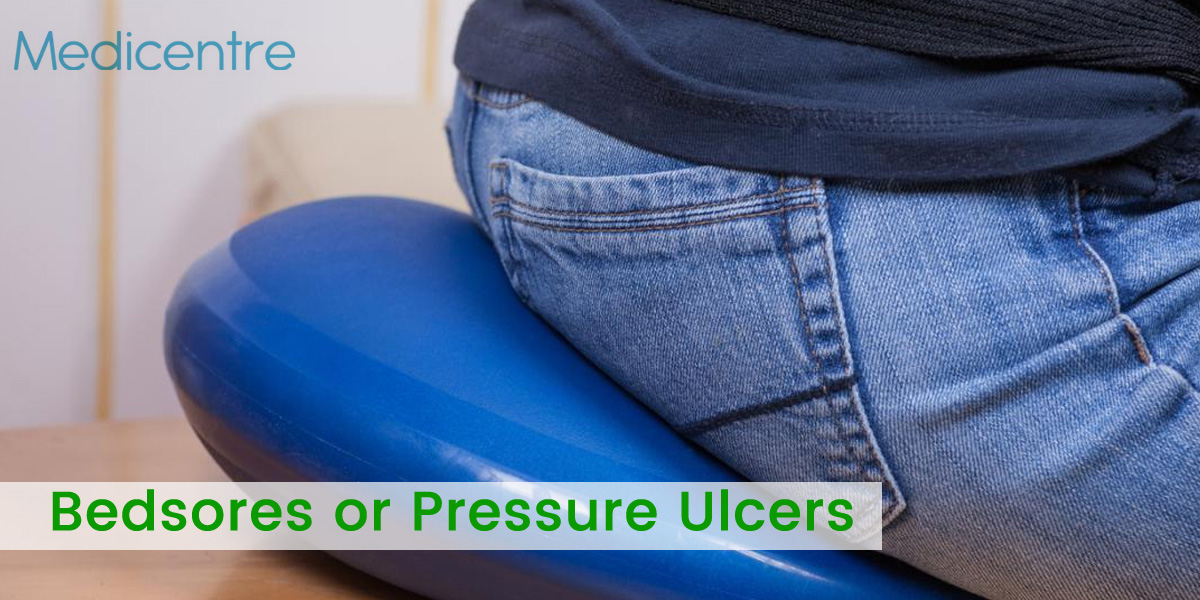 What are the Causes of Bedsores or Pressure Ulcers

Bedsores are caused when blood cannot reach the skin or the tissues due to the pressure on the area. The causes are:

What are the Symptoms of Bedsores or Pressure Ulcers

The National Pressure Ulcer Advisory Panel classified the symptoms of bedsores into four stages and have given how to treat from each of the stages. The stages of bedsores symptoms are mentioned below

It is the beginning stage of the disease and shows the following symptoms:

At stage II of bedsores, you can see that:

At stage III you will get to see that the Ulcer has become a deep wound. It also will show that :

Stage IV is the last stage and it shows the largest scale of loss of skin or tissue. The patients affected part will also show the following changes:

The Risk Factors of Bedsores or Pressure Ulcers

Thus we can see that bedsores take place and originate in those sites of the body which usually need to support the whole of the body and take pressure in the process of doing so.

If the person doesn’t notice any improvements within 24 to 48 hours, of a suspect symptom of bed sores, then it is best to consult a doctor at the earliest and seek immediate treatment and medical care if he sees any signs of infections like fever or foul odor from the diseased area.

The initial stage of treatment is by reducing the pressure on the pressure areas by either repositioning or by using support surfaces.

If the wound occurs in the later stages, then it must be kept clean and applied dressings properly and regularly.

During the end stages, treatment of Bedsores can be done by removing it in various methods such as – Surgical, Mechanical, Autolytic and Enzymatic Debridement process.