Body dysmorphic disorder is a mental disorder in which a person is worried about an imagined physical defect or a negligible defect that others generally cannot see. Consequently, people suffering from this disorder perceive themselves as "ugly" and mostly avoid social exposure. With BDD, a person's worry with the defect mostly leads to ritualistic behaviors, like continuously looking in a mirror. The person with BDD sooner or later becomes so absorbed with the defect that his or her social, work, and home execution suffers.

BDD is a chronic or long term disorder which affects men and women evenly. It generally starts in the teen years or early adulthood. 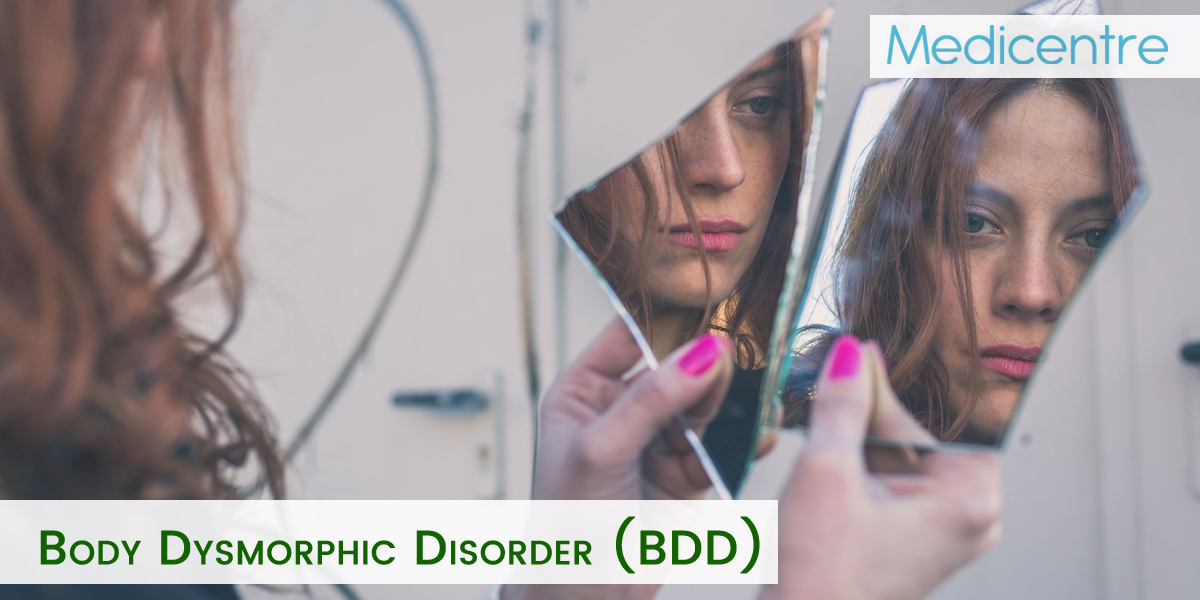 What are the Symptoms of Body Dysmorphic Disorder (BDD)

BDD might seriously affect your daily life which may include your work, social life and relationships. BDD may also cause depression, self-harm and even feelings of suicide

What are the Causes of Body Dysmorphic Disorder (BDD)

The exact reason for BDD is not clear. One assumption suggests the disorder includes a problem with the functioning or size of certain brain areas which process information regarding body appearance. The reality that BDD mostly occurs in people with other mental health conditions, like depression and anxiety, further supports a biological basis for the condition.

Other factors that may affect the development of or trigger BDD may include:

After a medical assessment to find out other medical conditions, your doctor may make a referral to a mental health professional for further assessment.

Diagnosis of body dysmorphic disorder is normally based on:

What are Treatments of Body Dysmorphic Disorder (BDD)

Treatment for BDD possibly will include a combination of the following therapies:

There is no identified way to prevent BDD. Though, it might be helpful to start treatment in people immediately after they start to get symptoms. Educating and encouraging healthy and practical attitudes on body image also may aid prevent the development or worsening of BDD. In conclusion, offering the person with an understanding and supporting environment may help lessen the severity of the symptoms and assist him or her better cope with the disorder.